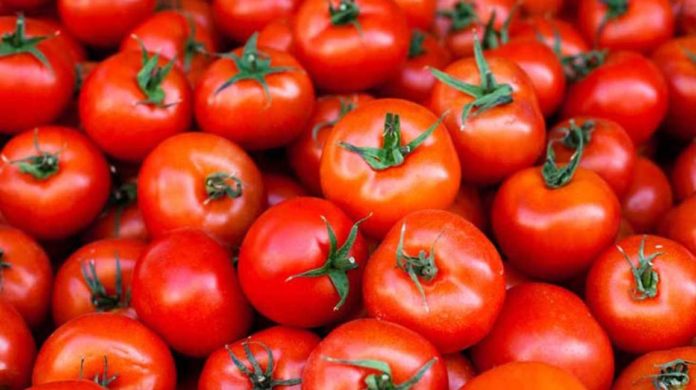 The Federal Government has been charged to take a bold step in implementing a total ban on the importation of tomato into the country in order to boost national food security.

This call was made by the Managing Director of Dangote Tomato Processing Plant, Abdulkarim Kaita who bemoaned the proliferation of foreign tomatoes in the country.

The MD made the call while flagging off the distribution of tomato seedlings to 5,000 farmers under the CBN Anchor Borrowers Programme (ABP) on Thursday at Kadawa village in Kura LGA of Kano State, where the processing plant is located.

According to Kaita, the government needs to implement the ban, as it did with rice, seeing that there has been a high influx of tomato paste from neighbouring countries like Benin Republic and Cameroon.

He said, “We are appealing to the Federal Government to put a total ban on the importation of tomato like what it did to rice.

“The ban is necessary to boost local production of the commodity and ensure that Nigeria is self-sufficient in tomato production.

“The ban on the importation of tomato paste would lead to the establishment of more tomato processing plants thereby creating job opportunities for many people in the country”, he said.

Kaita, however, noted that the company has steadily contributed its quota to upscaling tomato production in Nigeria.

One of the efforts, he revealed, is to ensure Nigeria can export tomato by establishing the biggest greenhouse in Africa which can produce 350 million seedlings annually.

A ban on the importation, he pointed, was the only way local tomato growers can be encouraged to upscale their efforts.

“The company had on several occasions visited the Customs Headquarters and met with the Controller General with a view to lodging complaint over the issue but nothing was done to check the ugly trend.

“It is only by putting a total ban on tomato importation that the government can encourage farmers to grow the commodity for the country to be self-sufficient.

“The company was working with the Central bank of Nigeria under the anchor Borrower programme to provide tomato farmers with high yield seeds which will enable them to produce a minimum of 40 tons per hectare.

“Similarly, the company is putting a lot of effort to ensure that Nigeria is self-sufficient in tomato production by establishing the biggest greenhouse in Africa which has the capacity to produce 350 million seedlings annually,” he said